Ben is an Accountant by profession. He founded Express Capital(now Direct Savings & Loans) in 2012 after moving to Ghana. Prior to this he spent most of his professional life working with the international Accounting firm, Deloitte & Touche in Minnesota, USA, where he worked his way to become Enterprise Risk Services Senior Consultant.

Ben has invaluable expertise in auditing, assessing internal controls and risk identification, as well as computer process evaluation and improvement.

He holds a BA (Accounting and Management Information Systems) from Luther College, Decorah, Iowa and an Executive Masters of Business Administration (EMBA) from the China Europe International Business School (CEIBS). 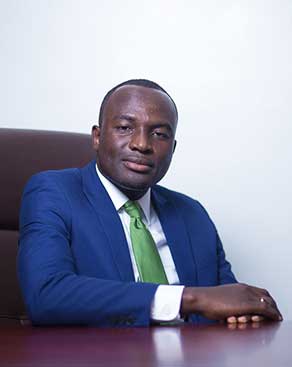 Charles Okyere is a Managing Partner of Lawfields Consulting, is licensed to practice law in Ghana, the U.K, and the State of New York, in the U.S.A. Before joining Lawfields, he worked as Associate with a law firm in Accra. He established the Okyere Law Firm, a corporate law, tax law, and litigation practice in Manhattan, New York, which he operated for 5years from 2004.

While in New York, Charles represented and advised clients on tax regulations and litigating before the US Tax Court, advised on estate planning matters, and advised clients on compliance and regulatory issues. From 2002 through 2004 he worked as tax and regulatory compliance associate with Merrill Lynch, Hopewell, New Jersey. where he advised on tax planning, savings, and regulatory issues, and was involved in the administration of compliance with SEC, NYSE, NASD Regulations and Federal Legislation. From 2000 to 2001, he worked as a law clerk with Lewisham Law Centre, London, UK, and later on at Field Fisher & Waterhouse, London, until 2002.

Charles was licensed in September 2002 as a Solicitor in the U.K, was called to the New York State Bar in 2003 and to the Ghana Bar in 2008. He holds a BA Honours Degree in Law and English awarded by the University of Science and Technology, Ghana, in 1998 and a Legal Practice Course Certificate from BPP Law School, London, awarded in 2002. He holds a Series 7 (NYSE/NASD) licence as well as a Series 66, US Federal Court, US Tax Court licence. 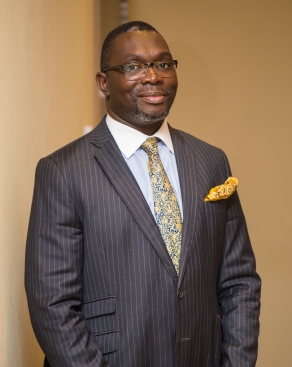 Mr. Ofei-Bekoe is an astute accountant with over 15 years working experience with the Bank of Ghana. Prior to this, he worked for 12 years in the building and construction industry in the UK and later in the Mining and Processing of Bauxite Ore in South America. He has a wealth of experience from Bank of Ghana after occupying positions such as Chief Internal Auditor, Head of Issue Department and the Assistant Director (Special Duties).

Nana Ama is the Head of Credit and Debt Recovery Practice Team at Minka Premo & Co. She joined the Firm in 2009 and has been called to the Bar of England and Wales, as well as the Ghana Bar.

Over the years, Nana Ama has represented most notable financial institutions and successfully recovered huge debt portfolios for various distinguished banks and companies in Ghana. During her leisure time, Nana Ama enjoys swimming and mentoring.